The Gun Butcher project began because I wanted to create a character that embodied furious brutality and radiated aggressiveness.

Running through simple silhouettes gave me a chance to run through different ideas and shapes quickly on the way to developing a strong foundation. I took the silhouettes I felt had the most potential and extracted variations from them. Strange features would emerge from their hiding places within the silhouettes. Carapace, multiple eyes, and the like. Ambiguous poses revealed the haughtily raised visage of a cackling demon, as well as the hunched back and elongated neck of a reptilian barbarian. Simple brush strokes brought out interesting costuming ideas, from a butcher's apron to a monk's sash.

I ultimately selected the sinewy butcher. A simple design in some ways, but I felt this simplicity was a strength. I named it Gun Butcher Karno, a fury of flesh and bone carrying twisted iron.

Previous artwork
At The Bargaining Table 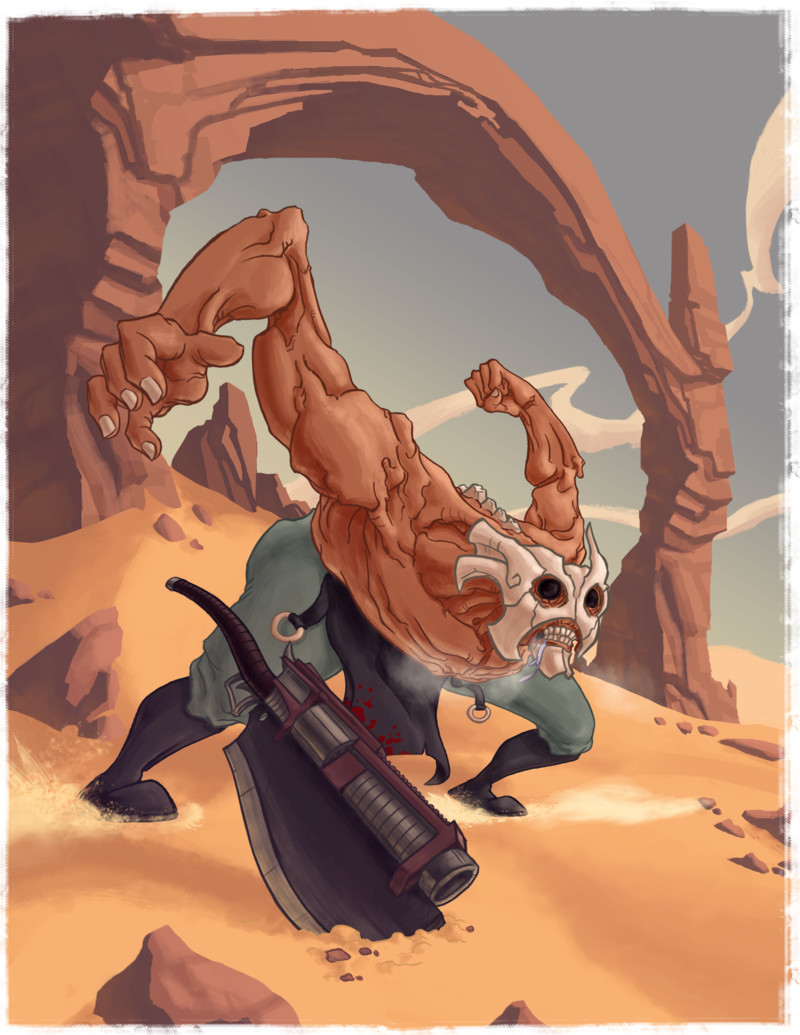 Back to album
2D